Years ago I was in a mentally and emotionally abusive relationship – but I didn’t realize it.

This post may contain affiliate links. Please read my DISCLOSURE For more info.

Allow me to share a rather personal story with you.

Years ago I was in a mentally and emotionally abusive relationship – but I didn’t realize it. At first, I was very in love. But even in the beginning I saw signs that things were not “right”, but I couldn’t put my finger on exactly what was wrong. Several times I almost walked away from the relationship. But I felt I should give it a good effort. I made excuses for his behavior – and excuses for my own behavior when caring friends would point out I was letting things slide, again. I thought he had a quick temper, that he was ridiculously jealous, controlling, egotistical, selfish – but I thought, “Nobody’s perfect, right?”

I thought we could “work it out” and that I could tolerate it until we did.

No one could say I didn’t give the relationship a chance. I stuck it out. There were signs of infidelity all throughout. Never was anything PROVEN but all the signs were there including emails, phone calls and the fact he never let me look at his phone! I know. I still can’t believe I put up with that.

There was manipulation too ~ mental and emotional. When I would bring something up, like paying the bills, he would divert the discussion by asking me why I was never happy, why I was so problematic, why I couldn’t enjoy the great husband I had sitting under my nose!

Notice Their Past Relationships: Are They Mostly Positive or Negative?

He was a master at manipulating and I wasn’t the only one he did it to. All his business relationships ended sourly. At first, I thought it was their faults. He painted a picture that these guys weren’t smart enough to understand the great deals he was handing them. His plans and deals were always so confusing and convoluted – I didn’t understand many of them myself. He made it seem that whoever didn’t understand such plain logic was just plain stupid! He always did business with people who were a little less educated than he was (not that he was very educated either), but many of these people were immigrants who didn’t speak the language and wanted to trust someone. He always acted like he knew more than them, like he knew the “system”  and could help them. He couldn’t and he didn’t.

Is Your Loved One Supporting You or Abusing You?

Meanwhile, at home, his best worker (Me), was told my dreams and goals were “a waste of time and money”. Any ideas I had about doing a project or doing something for my career development were quickly squashed. I needed to HELP HIM. He made it clear that he was the money maker and I was the support. I worked a job full-time and all my money went to pay the mortgage and bills while he “worked on building his business”. In all those years I never saw profit from any of his businesses. However, I did see my debts racking up. I was the “support” in many ways.

Pay Attention to the Verbal Messages You’re Getting

When he wanted to confuse me or make me doubt myself he would often say,

“What are you thinking? Are you crazy? Sometimes I don’t think you’re right in the head.”

Slowly but surely I began to believe it.

After a while, I questioned all my choices and all my actions. I was afraid to make a move without his approval because if I “made the wrong decision” there would be hell to pay. He’d come down hard and shout, “How stupid could you be?!”

I was falling apart.
Get Help

I went to see a therapist.
I told the therapist about my life and how my marriage “needed work”. My self-esteem was at an all-time low. I felt sad and depressed all the time. I kept thinking, “What is wrong with me? Could I have a medical condition of depression?”

“Honey, you are being mentally and emotionally abused.”

“YES, YOU ARE.” she said. “Here. Read this book.” And she handed me a book called “The Emotionally Abusive Relationship” by Beverly Engel

At first I thought, “Nah. That’s not me. I can handle this. That’s just his personality.”
I was very in love with the jerk and very forgiving with a very forgiving eye for all the messed up things he did and the “clues” I found.

I went home and (secretly) began reading the book.

It was verbatim all the crap he would pull on me. It was how he would use his words and twist mine to mix me up. How he would lie then make himself the victim. How it was always “my fault”. How I always “started all the problems”. How I could “never be happy”.

How are you enabling it?

But the book also pointed out all the things that I was doing to continue the drama. It made me see how I PLAYED into it all. How I ENABLED him to treat me like this. I was in there too. My actions were written in black and white. I was ENABLING HIM to continue to treat me this way.

How? Because I still had issues with my self-esteem. I was still falsely thinking that I didn’t deserve any better or that I deserved this because – “x,y, and z”. I needed to do a lot of inner healing of past situations that I had not resolved. Incidents from my childhood that I had squashed inside but never healed. His manipulative words had a perfect place to land inside me – those vulnerable spots that still stung. He may not have known the details of my pain, but he knew they existed and he knew how to poke at them till I hurt.

But once you do your inner healing, the words and thoughts of others will not have power over you because they will have no place to land.

WHOA! I felt like NEO in the MATRIX when he realizes he can stop bullets

I SAW RIGHT THROUGH HIS GAME.

I COULD STOP HIS BULLETS.

After these realizations, and seeing and changing my behaviors as well, it was just a short time later that we separated and eventually divorced.

Divorce is HARD. But it doesn’t kill you. You get through it and you survive AND THRIVE.

My only regret is not having done it SOONER!!

You are Awesome. Value and Love Yourself.

Life is too short and too precious to waste with some jerk.

A couple of years later I met A MOST WONDERFUL MAN. He treats me like a QUEEN (and I wouldn’t accept anything less these days).  I am happier than I’ve EVER BEEN in my LIFE. We are married and we have a beautiful child.

I haven’t felt DEPRESSED in years. I know now I don’t suffer from depression (as an illness) – I was depressed all the time because I was miserable with that man but I just didn’t realize it. I thought that was just how life was!

No, my friends. Life is BEAUTIFUL!! Life is GRAND!! It’s SO MUCH FUN!! I’ve never been happier and doing things that I love – all my projects and career dreams are being done, in my own way and I’m enjoying every minute of it.

Take my advice, don’t waste another second of your life with someone who doesn’t cherish, respect and love you. You deserve to be loved. If you feel something is not right, if you don’t feel happy even though “you try” – RE-EVALUATE if you are in the right place with the right person (or people) – because this could apply to your JOB too! Don’t waste your life in a job that doesn’t make you happy. Make moves – explore – consider your options. Change is scary, but the other side has a big rainbow waiting to shower you with happiness.

Please SHARE THIS with someone you love and care for!

If you need help, you can talk to your healthcare provider or contact:
THE NATIONAL DOMESTIC VIOLENCE HOTLINE at 1-800-799-SAFE (7233)

Help is available 24/7  – in over 170 languages.
Services are free, confidential, anonymous and available regardless of immigration status.

Wishing you a life full of love and joy. You deserve it! 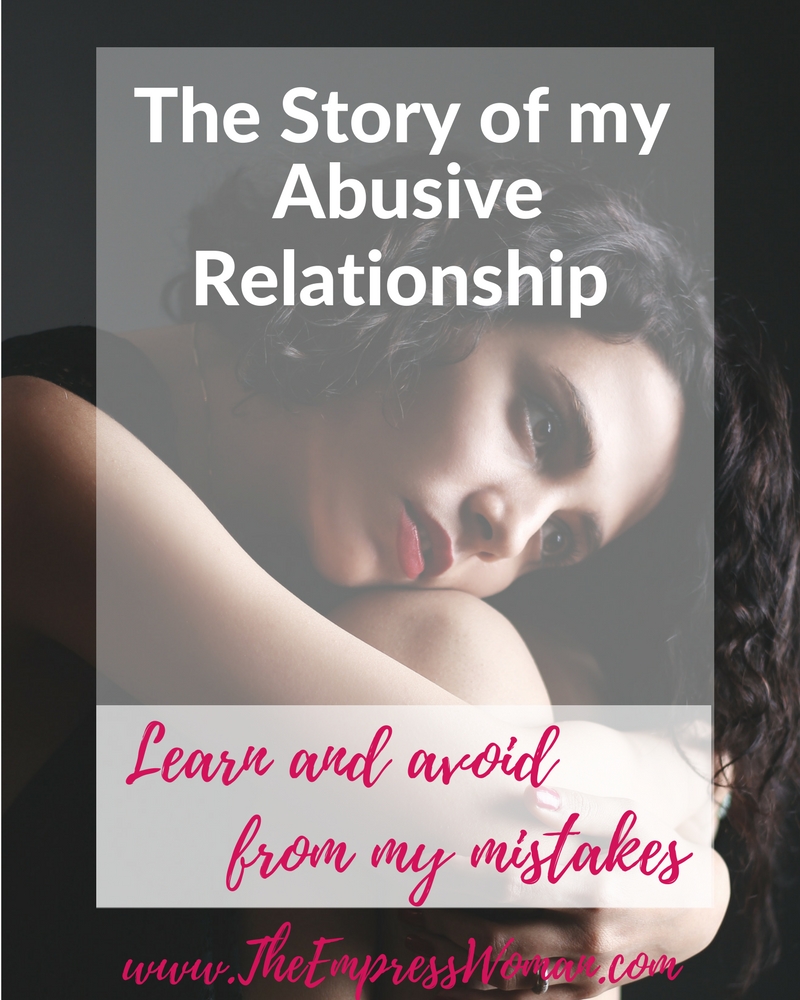 If you’d like to read another personal story, check out: Angel Encounters: My Night with an Angel

4 comments on “The Story of My Abusive Relationship” 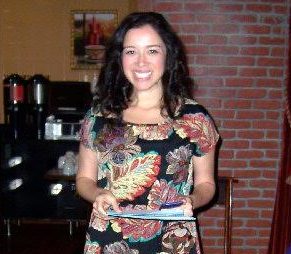 This is a paragraph about me.