I would like to share some stories from my tarot table with you. These stories are from everyday people like you and me who have gleaned some wisdom and healing from a tarot session. 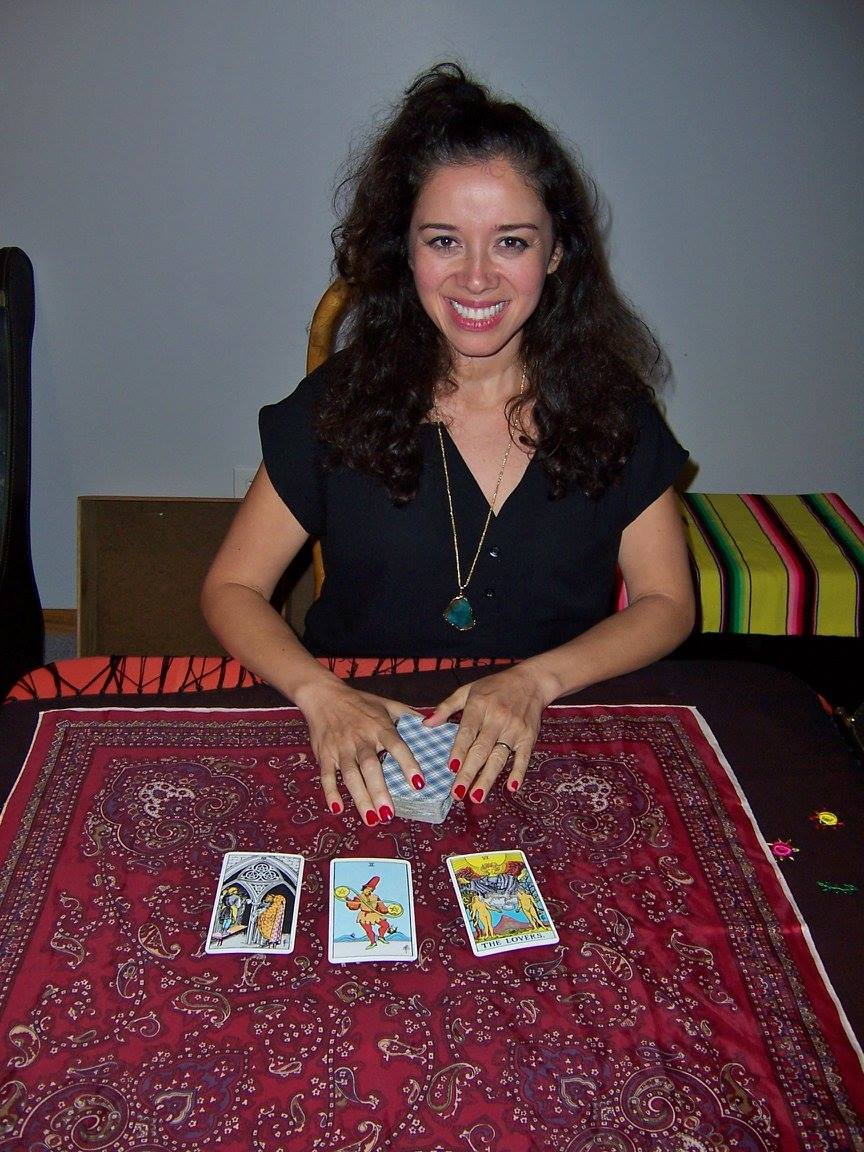 How a Tarot Reading Begins

If you’ve never gotten a tarot reading, allow me to walk you through how it starts: We begin the session with a guided meditation, closing our eyes, taking some deep breaths. This helps ground ourselves, calm our minds from the day’s bustle and settle into a Be-Here-Now energy to begin the reading. I lay out the cards and relay what the cards are saying. The cards open up the person’s story, and then the person begins to weave their life details into it. Together, we intentionally create a safe space to have a conversation with each other and the Universe/God/Higher Power. We have intentionally “plugged” into our universal life-force energy socket and we are all chatting now.

At the Tarot Table: What Women are Feeling and Saying

I am always fascinated by what organically unfolds. During a session, some women cry, and I think this is very healing – a release, a relief. Somewhere in this conversation, a crack in their darkness is made and light is able to shine onto their situation.

Many women say the cards are expressing exactly what is going on in their lives. Or they say it’s exactly what they’ve been thinking and this is just the verbalizing of what they already know they have to do.

Below are four nuggets of wisdom from the Tarot Table:

Stopping Our Lives to Please Others

Many women are cutting themselves off from life to please others – like their husbands, or children. I read for one woman who’s appearance literally took me back. Her skin looked greyish and her eyes were lifeless and dull. She shared she is the sole caretaker of her husband who is bedridden and she has given up her entire life to care for him. The cards showed she had a lot of creativity and hobbies she enjoyed. She said she had stopped all her creativity and hobbies. She said she thought/felt it was her duty as a wife to care for her husband. After our conversation, she was even smiling and had confirmed to herself what she already knew, she had to get her life back. She talked about hiring help to give herself time. (The cards showed she was well off financially and she confirmed that).

Living With Someone Else’s Beliefs As Our Own

A young woman’s cards revealed that she was not living fully because she was neglecting a dream – one that had to do with writing or words. She sighed and said yes, that words were her whole life and work – she was a singer/songwriter but had left her dream to raise her two children. Why couldn’t she do both? I asked. Because since she was a little girl, her mother had told her she couldn’t have a family and a career, that it was impossible. She shared that her mother had left her career to raise her family. So her mother’s beliefs were causing her to limit her own beliefs. What were HER beliefs? Many women are carrying around beliefs that are not “true”. In another version of this same ailment, women are carrying around beliefs that perhaps no longer serve them or were ingrained in them from some well-meaning person. I kept saying the words of Louise Hay, “Beliefs are just thoughts and a thought can be changed”.

Another interesting reading was from a mother who was very worried about her 30-year-old-son who was in a bad and controlling relationship. The whole family loved him but couldn’t stand his wife, who was dominating and manipulative.

After heartache and tears from a mother wanting the best for her son, the mother finally arrived at the deep understanding that she could do nothing except love and be there for her son no matter what and that it was his life lesson to learn with this other person. Only they knew the karma and soul lessons each had made with the other and it was up to the son to learn and evolve. It was the mother’s job just to love him. How painful for a mother. But it made me think of my poor mother and the anguish she must have felt while I was in a bad relationship. And only until I was ready did I leave and no one could talk me out of it any sooner. But it was interesting to be able to understand the mother’s situation and help her somehow (and know the greatest gift a mom could give is to love unconditionally and accept, no matter what).

The #1 Limiting Belief is…

Amigas, here is the #1 belief that SO MANY women are carrying around day in and day out like a super heavy sack of rocks. You ready?

I am not good enough.

Can you relate? I know I can.
This belief rears it’s head to be seen and healed with questions like:

Can you relate again? I know I can, in those boy-crazy days where I thought, “If only I had a boyfriend to love me.”  (We have to love ourselves first!!!)

The message that usually appears with such questions is that the woman really needs to care for herself and know she is good enough and worthy enough. That feeling of “not good enough” sprouts all kinds of thorny branches, including hooking up with the wrong partners or never finding the “right one”. Women, we need to heal ourselves and grow strong in our love of self before the right one will appear. And since like-attracts-like, we don’t want to attract someone who is not in a good place themselves, who are not strong enough themselves to allow us to become our best version of ourselves, without them feeling threatened or jealous or fill-in-the-blank. 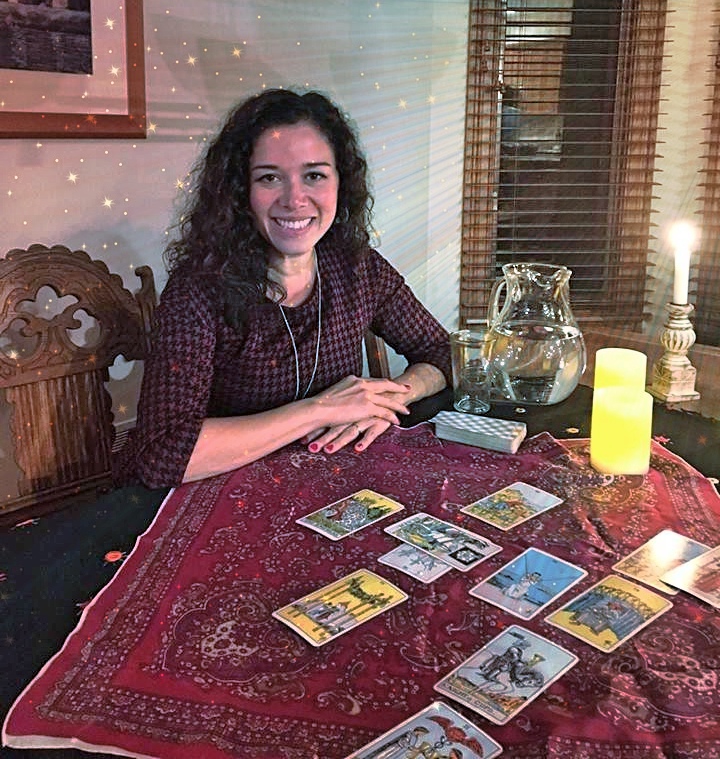 My Tarot table is open for you, my dear.
If you’re interested in having a tarot conversation, just reply to this email, or click here.

I’m available Monday – Thursday, 10-2pm MT and on weekends with an appointment.
(If another time works, send me an email with your availability and we can figure something out.)

Tarot readings can be done over the phone, via Skype or by email.

What a crazy, wonderful journey life is. Together we become stronger and wiser and our “problems” much more surmountable.

Looking forward to hearing from you!
XO,
Karina

This is a paragraph about me.